After seeing plenty of footage on social media about the apparently magical but seemingly painful peel off mask which are meant to lift impurities out of your face, it was time to try it!

T Zone have released a whole Charcoal and Bamboo range, I was quick to pick up the peel off mask.

With a little encouragement I was ready to try, spreading the mask on my T Zone! (pun!)  After cleansing my face from makeup it is then recommended to steam the face to open up the pours. Grab a towel and a bowl of hot water and for a few minute carefully let the hot towel rest on the face, this itself is actually very soothing and relaxing. Once that’s done its time for the mask, spread evening onto the areas you would like to treat and leave for about 30 minutes for the mask to completely dry. Don’t forget avoid eyebrows and hairline; we don’t want to turn this into a waxing session! 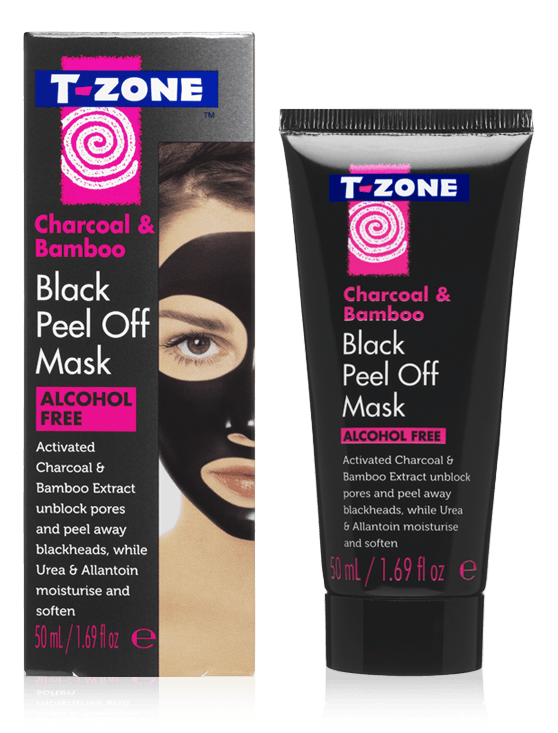 Once ready gently peel of the skin and watch your pours become free of dirt. The Charcoal and Bamboo ingredients draw the dirt and absorb excess oil from the skin.

I did actually think this mask was very good, I had my doubts that it would literally pull the blackheads from my face, however my pours were clean after use. It was so nice to see cleaner healthier skin.

I like that T Zone is a make I am accustomed too and easily found in most drug stores which is more reassuring than purchasing something from the internet. If you have particularly oily skin with trapped dirt I would defiantly recommend this mask, and using on a regular basis you should notice an clearer and clean completion.